A s we reported last week, the ability to disable the double blue checkmark in WhatsApp is on the horizon. A screenshot of WhatsApp for Android leaked exclusively to Softonic by beta tester Ilhan Pektas definitively shows that you will be able to disable the ‘read receipt’, preventing people from knowing when you’ve read their messages. 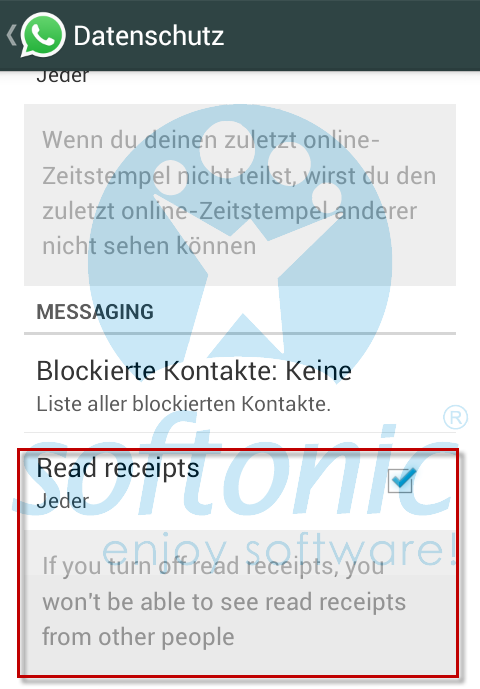 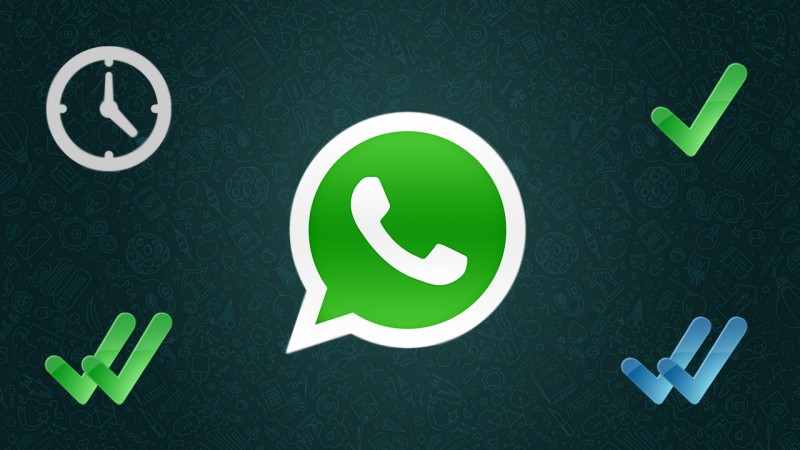 Although the screenshot is in German, the bottom half of the image states in plain English  that you will be able to turn off the read receipt.

In the past, there was confusion as to what the single and double checkmarks in WhatsApp actually meant. The official addition of the double blue checkmarks finally marks the addition of the read receipt to WhatsApp. The only comparable function until now was the ‘Last seen’ function, which showed users when you last opened the app. The news last week angered many WhatsApp users who’d prefer to stay incognito, mostly because there wasn’t (and currently still isn’t) a way to turn it off, like you can with the ‘Last seen’ function.

While the read receipt has long been present in messaging apps like Facebook Messenger and BBM, the absence of the function in WhatsApp was a big draw for some people.

The leaked screenshot sent to us from beta tester Ilhan Pektas shows that the ability to disable this function isn’t far off, but there’s still no word on exactly when the function will be available.

Top Ways To Find Someone On WhatsApp | 3 Easy Steps!